Home > Remote How-to's > Interviews & Resumes > Worst Interview Ever: I was offered 25k for the Job of 3 people 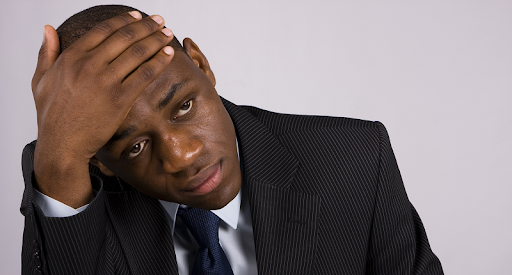 We spoke to Oluwafemi, a Social media manager and Content strategist, on his worst interview regarding his job hunting journey in Nigeria.

What’s the most extended period you’ve spent Job hunting before you got the job?

I don’t think I’ve been jobless, you get? I always have a gig I’m working on. Either it’s bringing in little money, or I’m doing it for free. But yeah, I can’t remember when I last had a period of joblessness. Even when I’m leaving a job, I’m leaving for another position somewhere else.

Oh, that’s nice; hottest on the block, I see. So, How did you feel when you got this particular Job Interview?

Hottest on the block, ke? Honestly, I was excited, it meant more money for me. Also, I thought it was going to be cool because of the way it was advertised. It was with some sort of agency, I can’t remember what it entailed, but it looked very inviting. In my head, I calculated my salary and envisioned how I was going to spend it. I even wore a suit and tie for the interview because I thought it was going to a serious company.

Suit and tie? Lmao. On your way to the venue, what was on your mind?

The fact that it was far! Man, the company was on the outskirts of Lagos. I had to take an Uber to a bus stop, jump 2 buses, and one Keke to arrive at the venue. One thing that stood out for me when I arrived at the venue was the fact that it was in a residential estate. The house looked like somebody’s family house. I told the gateman what I was there for and he let me in after confirming with his ‘oga’. It felt weird, but I was looking for a job so I brushed it aside.

So, how did your interview start?

After letting me in, the owner of the company offered me a glass of water, which I accepted. I could see pictures of his family on the wall. I was there chilling, and after a while, NEPA took the light. He came back to the parlor calling out for his gateman but he was nowhere to be found.

After I pulled the gen, he sat me down and asked questions about what I have done in the past. Then this guy started listing out things he wanted me to do. He wanted me to write content for his blog,  manage social media, and double as a PA.  He also wanted me to design fliers. In my head, I was like, fine. That means he was going to pay well. Money was my sole motivation.

At this point, I was waiting for him to reach the salary aspect of our discussion. But what he said blew my mind. He said he was looking for someone to stay with the organization for 1-2 years so they can grow together and all of that.

Still, I said no problem; I didn’t see myself there for two years, but I wanted the job if the pay was awesome. Finally, we spoke about the salary. This man said 25 thousand Naira per month. I was like, “what? This doesn’t make sense.” I couldn’t make a counteroffer due to how ridiculous he sounded. He then used the typical excuse employers use about how there is no work in the country. That Job interview was tiring.

In my head, I’m like, Oga, leave that one. Imagine him saying he’ll give me 25k for two years. I told him straight up that it wouldn’t work and ended the negotiation process. He was kind enough to drop me at the bus stop, but I blocked his number as soon as I left the office. People need to learn, especially when it comes to social media management, that it’s not slave work.

What did you want to say to him, but you kept it in your mind?

Would you work for yourself for two years at 25k per month? I wanted to knock him also, he shaved off all the hair on his head, so that seemed like fun. In addition, I wanted to iterate how much of a wicked man he was to make that type of offer. If I enter public transport daily with the money, how much would I save? How much would I use to buy food? I still have a girlfriend, o.

Lol, when it’s not like your village, people are chasing you. Back to the generator.  Was it hard getting it to start?

Why do I feel like you’re rubbing it in? 🤣

Anyway, it wasn’t. Just two pulls. My God did not shame me. In retrospect, I’m wondering why I indulged him. I should have left at that moment to avoid further insult. Worst job interview ever.

How long did you stay after that interview before you got another offer?

I think three weeks. That one paid 80k per month

Alright. Thank you for being with us. It was nice having this conversation

“This is horrible”- I quit my Job after two days