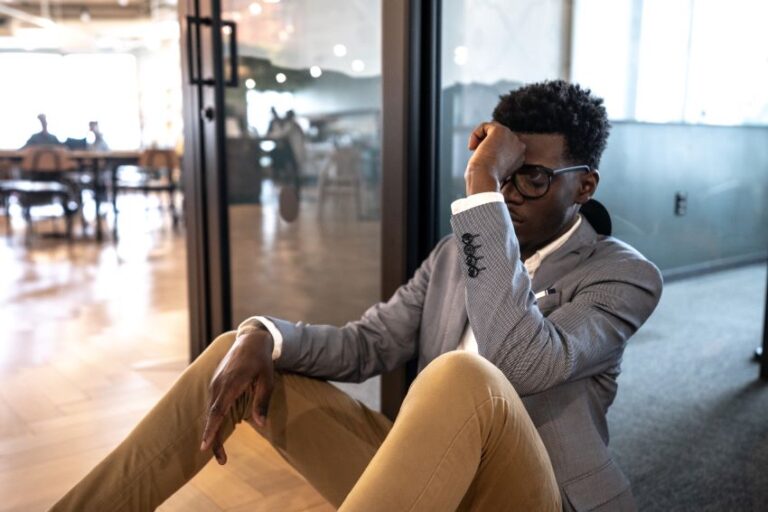 I Got Fired from Two Different jobs In One Year

When an employer fires you due to circumstances beyond your control, the blow is somewhat easier to deal with, compared to when you get fired due to poor performances. We spoke to someone who got fired because of their inability to consistently meet up with work demands.

I have actually gotten fired twice.

I had to repress the memory ‘cos it was too much to take in. How can I get fired? Not once, but twice. A whole me!

Tell me about the first time you got fired, how did you feel?

I was sad. I didn’t know what to tell my babe, didn’t know what to tell anyone. It was the most challenging period of my life. So, here’s the deal; it was a small agency, the boss was even my guy! If I’ll be honest with myself, I was just using it to hold things down. The pay was 145k. I worked for only two months. I really hated being a designer at the time.

If you hated it, why did you take the job?

Money o. My only motivation was money. While managing, I started making a transition into cinematography. I wanted to quit the job to focus entirely on my cinematography, but I didn’t want to live without a source of income, so I stayed. My zeal was begging to breathe, and it was evident in my work. One day they did it calmly.

They fired me. The creative director and the boss at the time called me into the office. They spoke about my history of wonder-making in stills and said they know that I’m making magic now in motion, but I must accept that I traded part of my wonder for magic – these were their words o. Honestly, that was the truth. So, in good faith, they let me off and asked me to put my energy where it needed to be. They told me that I wasn’t unfair to myself by forcing it. Omo! I had never heard such truth spoken blank.

Oh, man, I’m so sorry. What about the second time you got fired?

The second one was a video gig. I was working only three times weekly. 200k pay and all was good.

My bosses were white people. They had a work cap, so the pay was good. The work was easy, and this was a problem!

Why was that a problem?

Because I got around it quickly, it wasn’t challenging. I wanted more, but they didn’t have more, it was basic recordings with no room for anything to spark it up. Again, I was struggling to like the job, and like my previous job, it began to reflect in my work. I thought about quitting, but I needed the money. I wanted to grow so badly, but I didn’t want to be jobless. I eventually became numb, and it affected the quality of the work I was putting out. It felt like I was working with a template with no room for sparks.

Why didn’t you suggest new ideas for the management to make your work more enjoyable?

I wasn’t sure they’d be open to it. I know that I should have tried, but I had gotten comfortable with the mundane, routine tasks that were assigned to me. So it was a mix of – Yeah, I don’t like this job because it’s too easy. But I like it because it’s easy and comfortable. I think I was starting to lose interest in a lot of things.

So, how did they let you go?

It was in October, during the lockdown. I was at home when the news hit me. I cried my eyes out in depression. It’s funny because I didn’t realize how much the job meant to me until I lost it. I had gotten so comfortable with the idea that I was doing what they wanted me to do, and that was enough.

Did you tell anyone?

I couldn’t tell anybody. I’m even trying so hard to keep it together right now. Nobody would have understood. They’d blame me cos they didn’t understand, and that would have been okay, but I had too much going on already to take on blame tags.

So, what did you tell them when they asked?

I just told some people that I resigned. I have never spoken about this to anyone because it‘s not something I’m proud of. But I’m better off now, it hurt at the time, but I’m way over it now.

How to Survive Financially After a Job Loss

5 Tips on How to Avoid Losing your Job

5 Tips You Need to Know While Negotiating Your Salary

What Skills Do You Need to Become a Successful Product Manager?

4 Things You Should Not Do After Losing Your Job