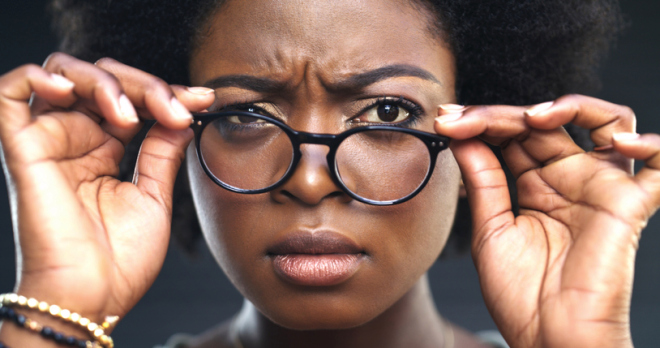 5 people who were fired for the most ridiculous reasons

Getting laid off work could come with a lot of reasons, but some reasons would make your jaw drop in shock. We spoke to 5 people who were fired for the most ridiculous reasons from a place of work.

I got fired for not joining morning devotion – Tobiloba, Pharmacist.

First on our list of “fired for the most ridiculous reasons is Tobiloba.

I should have noticed the red flag when I was interviewing for the job. On the day of the interview, they made me wait for over an hour because they were having morning devotion. Some of their customers were also waiting. Fast forward to my first week at work.

I joined the morning devotion for the first three days, but on the fourth day, which was a Thursday, I stayed outside the Pharmacy because I couldn’t keep up with the pretense. I’m a Muslim. The boss asked me why I didn’t join, and I explained that it was due to my religion and faith. In her own words, she said ‘you are either for us or against us’. The following day was a Friday, and after refusing to join the devotion, the Chief Pharmacist asked me to leave. They were kind enough to pay me for my one week job though.

I got fired because I asked for a salary increase – Jude, Sales and Development Lead.

I had worked for this company for close to 18 months. They were paying me 210,000 naira per month. I was grossly underpaid though, but I didn’t complain until they hired this guy, who happened to be the manager’s cousin or something. I somehow found out that they way paying him 270,000 naira. He was working under me.

I was furious. What was more annoying was that in my contract, it was stated that my salary would be reviewed after the first six months of working with them, nothing happened. I went to the HR manager to air my grievances, but she told me that there was nothing she could do about it. I went to the manager, and I told him that someone under me shouldn’t earn more than me. He was surprisingly calm about it. He told me he would look into it, he even cracked a joke, and I laughed. Let’s just say that they paid me 280,000 naira at the end of that month and asked me to leave.

This was a long time ago, though. It was during one of those long ASUU strikes that happened when I was in 200 level. I wasn’t doing anything at home, so I decided to work as a sales rep for one of the supermarkets in my estate. Almost everyone brought food to work. We’d usually put in the fridge to microwave when it’s time for lunch. I had this friend who used to let me eat her food while she ate mine.

On this fateful day, I saw porridge in a plastic takeaway, and I thought it belonged to my friend. During lunch, the manager came to the kitchen and started laying curses on whoever ate his food. I didn’t eat anyone’s food, so I wasn’t disturbed. Only for me to see my friend microwaving his food in a similar plastic container. I tried to explain to the manager that it was an honest mistake, but he wasn’t interested. He sent me home. I lied to my Mum that I got fired because I broke an expensive wine while arranging goods on the shelves.

I mistakenly told my boss that he’s annoying – Caleb, Accountant.

This happened in 2011 when I was fresh out of school. See, I find it annoying when people slurp while drinking tea or coffee. That loud sucking noise can be very irritating, and my boss did it every time he drank anything from a mug. I used to find every excuse to miss team meetings at the conference room because he’d be slurping into the microphone.

In our conference room, we had those adjustable tabletop microphones with skinny necks. Everyone had one in front of them that one could speak into if you had something to say. My boss did that slurping thing for the umpteenth time during our meeting that morning, and I turned to my colleague and said, ‘Is it just me or what Mr Fola does is annoying and irritating?’.

I had forgotten to turn off my microphone. He asked me why I said that. I couldn’t come up with anything. He called me stupid and asked me to leave the room. I was furious, and I yelled at everyone saying, ‘Isn’t that tea sound irritating to all of you?’. Well, I wasn’t technically fired. I just never went back to work after that.

I made out with a colleague at a work party – James, Business Development Lead.

Another person on our list of people who were fired  for the most ridiculous reasons is James. The weirdest thing about this experience is that I was even too wasted to remember how it all happened in details. It was during one of those end of the year parties. I had too much to drink, and I made out with my’ work girlfriend’.

My work girlfriend was a colleague that I was closest to at work, but there was nothing more between us. The management had once called us to warn us about dating because the company policy frowned upon it. Plus, she had a boyfriend. Anyway, we both had too much to drink, emotions were all over the place, and we made out at the conference room. Two of our colleagues saw us, and the news somehow reached the management. The fired both of us.

Dating at work: I dated my colleague and it ended in tears

Job Opportunities: 15 New Openings you should Apply for

What Skills Do You Need for Remote UX Designer Jobs?

How To Deal With An Unexpected Job Loss

What Skills Do You Need for Remote UI Designer Jobs