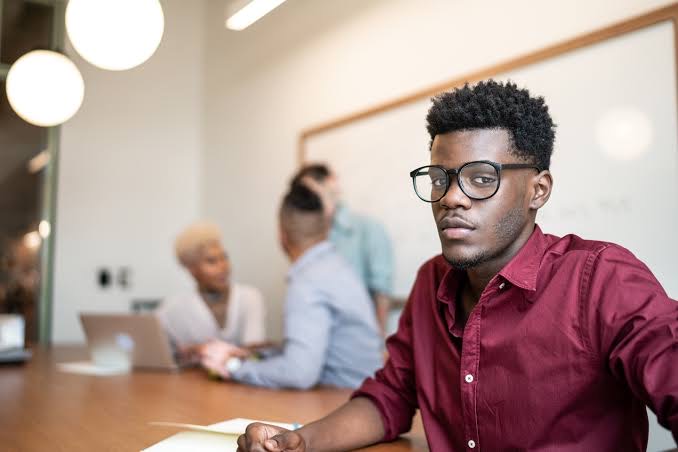 5 Nigerians Talk About Their Most Embarrassing Moments

We’ve all experienced something embarrassing we are not necessarily proud of. It’s a different ball game when it happens at work  you’d want the floor to open and swallow you whole. Whether it’s your trousers tearing at work or you falling down the stairs, these moments are bound to happen.

We spoke to 5 Nigerians about their most embarrassing moment at work.

Well, where I used to work had this toilet inside the office. So people can see when you go in to do your business. On this fateful day, I was purging and I kept going. One time I went and it was so loud. I stood in front of the toilet for 10 minutes ashamed to go out. Immediately I got out everyone was laughing at me. It was so embarrassing because it was smelling too. Ever since then, I use the guest toilet.

It was during that game of thrones craze. I had never seen the show before, but everyone on Twitter kept talking about it. Peer pressure made me watch it.. I slept off while watching the first few episodes. They were too boring. The next day I woke up late for work, and I had a presentation. I rushed my morning routine, picked up my laptop and headed straight to work. When I got to work the meeting had started. I connected my laptop to the projector after apologizing and the first thing everyone saw was Khal and Daenerys having sex. I wanted the ground to open.

Get remote jobs at Tamborin.io

Everyone at work was gisting and being merry on a Friday afternoon. I was laughing so hard that I didn’t  notice when I farted. You could hear a pin drop in the room as everyone turned around to look at me.  I wanted to disappear, God, I was so embarrassed. Who does that? I still blame the akara I ate for breakfast.

My boss called me to his office and he was yelling about somethingI knew nothing about. I was so frustrated.  As soon as he dismissed me, I went straight to my desk. My colleagues kept asking me what happened, but I did not reply. Few minutes later when I could not keep it to myself anymore. I screamed, “Mr T is very annoying, let me see him outside the office and it’s on sight.” I heard a voice from behind me asking, “Ope, what is on sight?” Let’s just say I’m not working there again.

I was on a zoom call and I thought my mic was on mute and my camera was off. My son walked by and asked him why the sink was messy with plates. The conversation eventually turned into a full blown argument. . I returned to my meeting, and someone said, “it must be tough dealing with teenagers,right?” It was an international meeting and I felt so bad because before the incident I was composed. I didn’t want them to see me like that.

7 Causes of Workplace Conflict Amongst Employees

Druids: An Interview on Remote Work with Osifor Murphy