Home > Dear CTO > Resumés never give the full picture: How to hire technical talents in Africa 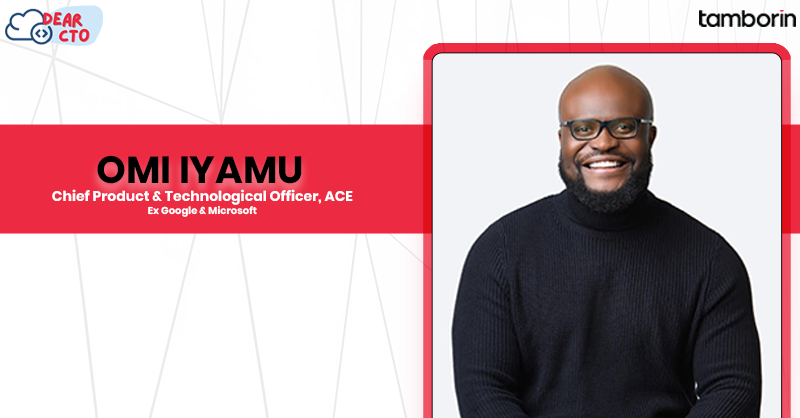 Resumés never give the full picture: How to hire technical talents in Africa

For our Dear CTO series, we spoke to Omi Iyamu, the Chief Product and Technological Officer at ACE (Artist Crowdfund Exchange) – A digital marketplace that connects talent and investors from all over the world; ACE is a social network built on top of blockchain. Omi has been working in tech for about 15+ years. He started as a Software Engineer then went into Product Management. He worked with the big names in the tech industry like Microsoft and Google, leading both huge and small teams. Here’s what he has to say to CTOs about hiring technical talents.

Whenever people ask me about my hiring process, I say to them; I simply look in places that are generally overlooked. I grew up across the UK, Nigeria, and Canada, and because I grew up in Nigeria, I know a ton of great talent on the continent that is majorly overlooked. My hiring is biased towards ensuring that such talent isn’t eliminated because they’re in spaces companies are not used to hiring from.

When hiring, the first thing I look out for is experience. Is the candidate working somewhere? That tells me two things: they’ve gone through an interview process already. It also tells me they’re not just sitting at home not doing much; they’re at least working towards something. It is common to find people in developing nations having significant gaps in their resumés where they haven’t done anything. That’s not an excuse, especially in tech, because you don’t need to have a job to work. Build something! Design something! You don’t need to be hired to do something. That’s the kind of initiative I am talking about.

I look for people who have hunger and drive. Some people are doing these things but just don’t know that they should actually include them in their resumés. It’s a myth that only official work should be highlighted in resumés. That’s certainly not true for tech work.

I also look out for candidates who show initiative and have perhaps built something on their own. The resumé is what gets eyes on you; the interview gets you in the door. Each of these steps is not full proof. There are people with terrible resumés, but they might be fantastic on the job. So how do you translate that? Likewise, some people ace their interviews but end up being mediocre on the job. In some rare cases, you find people who didn’t do so well at an interview but are great on the job. So there are challenges on every front.

I remember the first person I ever interviewed and hired. They surprised me. Their resumé was meh, but in the technical interview, I was really impressed with their capabilities. I actually thought the person cheated and knew the questions ahead of time; they were that good!

In over 15+ years of working in tech, I have learned that multiple interviews are crucial to hiring good candidates. I don’t think one interview for a candidate should be a make or break case. I suggest at least three. If it is a technical hire, one of those interviews must be coding. The other one must be a non-coding technical interview. The latter will give insight into how well the candidate knows about system architecture and the type of technical decisions the candidate will make.

The third interview is a behavioural one – seeing signals on leadership skills, workplace ethics, and how well they’ll play in a team. An example of a behavioural red flag would be someone bad-mouthing their previous employer. Also, multiple team members should conduct the interviews to have multiple perspectives on a candidate.

Lastly, If you are a first time CTO, I would like to tell you that hiring takes time. Don’t try to rush the process. Hiring takes about three months, so plan ahead because it might take even longer. Look at your backlog; what are the things that you’ll be doing three months down the line? Start hiring for those roles now.

Try to get it right. It’s more expensive to hire the wrong person than it is to take the extra time hiring the right candidate. If you hire someone that is not delivering, the expense of hiring that person will be lost, you could potentially be sued, and then you’ll still have to hire a replacement. Don’t rush the process.

Look for talent outside your sphere. Look for help where you need it. Have your core team and have a staff augmentation company on the books for times when you have to do something like a massive sprint.

Don’t be afraid to hire help in areas that you are confident in. Many CTOs at the beginning of their careers hire for jobs they either don’t have expertise in or Jobs they just don’t like to do. This, more often than not, still leaves a huge list of things that end up falling on the CTO’s plate. As a CTO, you should also be hiring for things you know how to do well so that you can focus on leading and directing the team as opposed to working in the team. It’s the paradigm between work ON the business as opposed to working IN the business.

I will like to conclude my letter to you by saying that it is always more expensive to hire the wrong person and have to get rid of them than it is to take the time to hire the right person. Resumés never give the full picture, great candidates can come from the most unlikely places, and sometimes people are just bad at interviewing. Nevertheless, invest in a robust hiring process and stick to it.

At Tamborin, we can serve as your staff augmentation company (which Omi spoke about). We currently have a constantly growing community of over 15,000 technical talents where 4000+ are Frontend engineers, 5000+ are Backend engineers, 3500+ are Fullstack engineers, and 3000+ are product designer, product managers, mobile developers, data engineers, QA engineers, etc. You can promote your roles on our job board to these communities for just $10. We also offer bespoke services to companies that want us to handle their entire hiring process for them, for this service, you can book a call with our team by clicking here.

Visit Tamborin.io for more information about our services

Non-technical skills are as important as the technical ones: How to hire talents in Africa

Skills You Need To Get A Remote IOS Developer Job

40 Remote jobs that you should apply for in May

How to Lead Better Remote Meetings